What You Need to Know About How Investigators Pursue Arson Cases 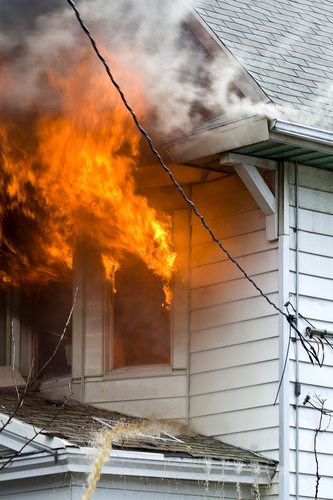 An allegation of arson is a serious one that could follow you for many years especially if you are convicted. You need to be familiar with how investigators pursue arson allegations and gather evidence to attempt to charge you. Arson investigators face a broad range of different types of problems when investigating the scene of a fire. Unlike many of the most commonly encountered crime scenes in which criminal investigators work, a fire scene presents a new range of problems. Physical evidence that is generated by the perpetrator in terms of burglary, homicide, robbery and rape is completely different from what might be anticipated at a fire scene.

The vast majority of the physical evidence generated by the arsonist is typically consumed by the fire. An arson investigation will initiate with the fire itself, the physics of the fire that caused it. The various types of flames, for example, can indicate how the fire began. An observation of black smoke is typically seen as an indication that a fire may have been intentionally set. This may have had hydrocarbon stored in the structure including kerosene, gasoline, oil-based paint thinners or acetone, which could indicate that the fire could have erupted as a result of another issue. If any doors or windows were left open, this could indicate that this was used in order to prevent the early stages of the blaze from being seen from the outside. Furthermore, anyone in the vicinity may have noticed peculiar odors that could have indicated that an accelerant was being used.

All of this information is analyzed by an investigator at the scene of a fire to identify whether or not another person could have been responsible, and whether or not this could meet the grounds for arson allegations. A proper investigation on the part of your criminal defense attorney is crucial towards developing a comprehensive strategy to fight back.

Make sure you have your own evidence prepared if you are accused of arson because the other side will have already spent time investigating the issue and putting together a case against you.