Prosecutor Used Prior Statement Given To Umass Against The Former Student 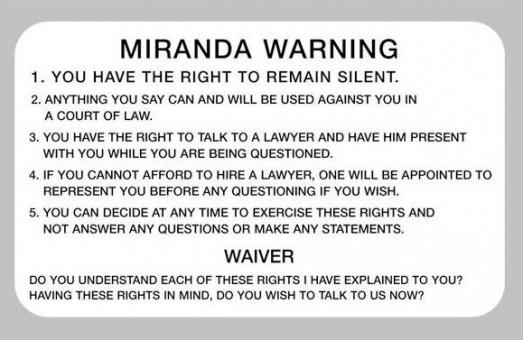 The most recent high profile criminal trial in Hampshire Superior Court pitted the past and present of my criminal defense career against themselves.  The defense attorney was my mentor in the early days of my criminal defense career (he still calls me “lad”) and the prosecutor is currently a boss in the Hampshire County District Atttorney’s Office, against whom I have tried a case (she probably calls me…well, nevermind…).  I went and watched a lot of this trial because the skill of both of these lawyers was likely to teach me something new.  I did learn some good stuff for my own arsenal but the thing that struck me the most was something I already knew and was expecting to see happen in a case like this.

The prosecution used the statement of events that the defendant gave to Umass, years prior, against him.  Since I have beeen representing Umass students, I have frequently come across this issue.  Any time a student is charged with a crime, Umass officials are notified of it and want to hear from the student their version of events because Umass will be considering what type of punishment it will exact as a result of the charges.  Usually, the student goes and visits a dean or some other official to talk to them.  In this case, the student sent an email describing what happened.  It seems, at the time, like it’s a good idea because the student is trying to stay in school without being suspended or expelled.  When it comes to charges like “minor possessing alcohol” or “disorderly conduct” it is a good idea.  With something more serious, I tell students that they have to think long and hard about talking or writing to the school because if their criminal case goes to trial, that statement can be used against them.  It was in this case and, in my opinion, it was not good for the defendant because some of what was in that email was different from what he testified to at his trial and the jury heard that.

Yes, you will probably be punished, in some way, by the school for not complying with their demand for a statement; maybe even expelled but the ramifications of giving a statement on your bigger picture can be devastating.