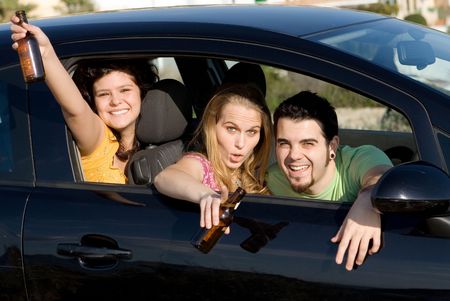 Drinking and driving at any age is an offense that carries stiff penalties in the Commonwealth of Massachusetts. However, these penalties are even harsher if you are under the age of 21 when arrested for an OUI. Here’s what you need to know about underage drinking and driving laws and how an experienced OUI lawyer can help you protect your rights under the law.

Penalties for OUI Arrests Under the Age of 21

Although the BAC for drinking and driving is different for individuals under 21, the penalties are the same.

First Offense:  A first offense drunk driving conviction in the Commonwealth of Massachusetts carries up to a 30 month jail sentence. You also face a license suspension of up to two years and a fine between $500 and $5,000.

Second Offense: Because Massachusetts does not have a look-back period, an OUI arrest 10, 20, or even 30 years later is considered a second offense. The penalties are even more stringent and include jail time up to one year. Additional penalties include a license suspension for up to two years, and a fine between $600 to $10,000.

Often, police officers are able to levy additional charges against minors who have been arrested for drinking and driving, such as a minor in possession of alcohol, distribution of alcohol to minors if others were also in the vehicle, possession of false identification if a fake ID was used to purchase the liquor, child endangerment, and other moving violations.

If you are under the age of 21 and are arrested for drinking and driving, there’s no time to waste. It’s in your best interest to protect your rights by contacting a seasoned DUI lawyer as soon as possible. At the Law Offices of Thomas Kokonowski, Esq., we worked with many underage individuals charged with drunk driving. We can help you defend yourself.