What to Do If You Get Caught Shoplifting 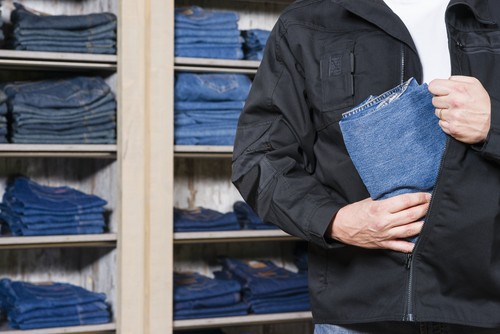 While many people consider shoplifting to be a minor crime, Massachusetts law doesn’t look at it that way. Shoplifting is treated seriously by the law, and the penalties can significantly affect your life. Additionally, you will have a permanent criminal record that will be seen by potential employers and others if a background check is conducted. Here’s what you need to know if you’ve been charged with shoplifting.

In the Massachusetts General Laws Chapter 266, Section 30A, shoplifting is defined as:

Any person who intentionally takes possession of, carries away, transfers or causes to be carried away or transferred, any merchandise displayed, held, stored or offered for sale by any store or other retail mercantile establishment with the intention of depriving the merchant of the possession, use of benefit of such merchandise or converting the same to the use of such person without paying to the merchant the value thereof.

However, there are other instances in which a shoplifting charge would apply, including switching the price tag on an item in an attempt to get a lower price, or taking a shopping cart.

If you are charged and convicted of shoplifting merchandise valued under $100, you face:

Although a fine seems easy enough to pay, it will not rid you of the permanent criminal record you will have if you are convicted. Even if you believe you are guilty or think the evidence is stacked up against you, it is critical that you obtain seasoned legal representation in order to fight the charge.

Tom Kokonowski, Esq. is familiar with the laws in Massachusetts regarding shoplifting and can provide you with a zealous defense, regardless of your unique situation. Attorney Kokonowski will evaluate your case to determine what evidence may be able to be used in your favor and will develop a strategic defense that is designed to elicit the best possible results. His goal is to see that the charges against you are dropped entirely, or that you receive the least severe punishment possible.

Don’t wait to get legal help if you’ve been charged with shoplifting. Your future depends on your seasoned legal defense. Call now for a consultation with a criminal defense attorney at (413) 585-9200.