Will a Judge Choose My Sentence If I’m Convicted of a Crime? 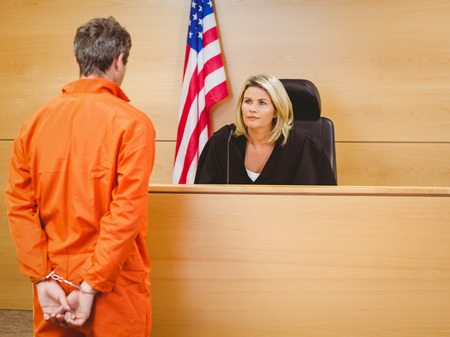 In the eyes of the law, not all crimes are equal. The seriousness of a criminal charge plays a significant role in penalties; the punishment for less serious crimes usually aren’t as harsh as those that are more serious.

For example, aggravated assault with a deadly weapon will carry stiffer penalties than a charge for simple assault. In some instances, the judge presiding over the criminal case will not be able to impose a lighter sentence. Here’s what to know.

Under What Circumstances Does a Judge Lose Control Over Sentencing?

The two primary procedures during a criminal case include ascertaining the defendant’s guilt in regards to an alleged crime and then deciding their punishment for that crime if convicted. In most cases, the judge presiding over it can choose to impose jail time, fines, drug and alcohol rehabilitation, and other forms of rehabilitation or penalties. This includes lessening a sentence when the evidence on hand suggests that the defendant will respond more favorably to counseling versus incarceration.

However, if the crime the defendant is convicted of has a mandatory minimum sentence, a judge will not be able to lessen it. They may impose a longer sentence or harsher penalties if the evidence suggests they should, but they may not impose less than the predetermined sentence.

Can You Bypass Sentencing?

A good strategy to bypass mandatory minimum sentencing is to accept a reasonable plea deal offered by the prosecution. A plea deal is an agreement that you’ll plead guilty at trial for a lesser charge than the original. If the lesser charge doesn’t carry a mandatory minimum, your criminal defense attorney can push for lighter sentencing during the second part of your hearing.